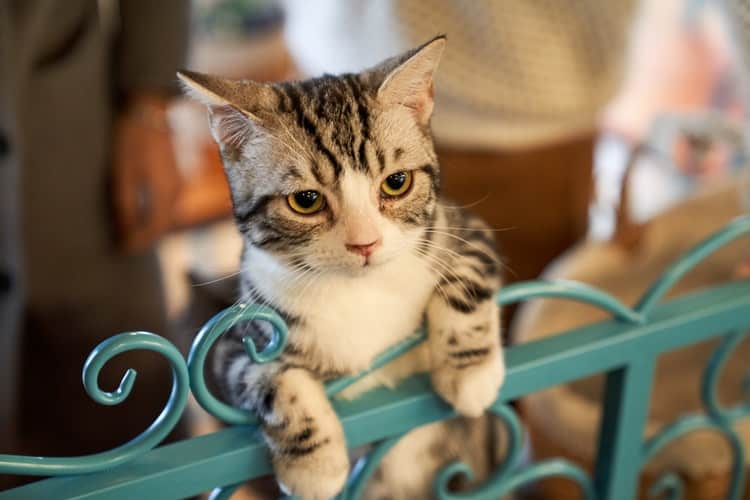 This is the second part of the article on the smartest cat breeds in the world. Smart cats make for lovely and entertaining pets. You can train them a number of tricks or form meaningful bonds with them. here are a few breed options for you if you are looking for a smart cat.

The Burmese breed is a descendant of the Siamese which means that they inherit the intelligence that Siamese cats are known to have. This breed is known to form meaningful and loving connections with their owners. With that said, it is important to always have a companion for them to keep them stimulated at all times. Another cat or a pet dog will do. These cats are also highly receptive to tricks because it keeps their brain active. Do not be surprised if this cat keeps on following you around the house because that’s just how they are. They like hanging out on your lap and craving for attention.

The legend says that this breed of cat first arrived in Japan ages ago. The cats were meant to be royal gifts to the Japanese emperor from China. The bobtail served as the country’s defense against pests and other animals in order to protect the plantations. These cats are also deemed as good luck charms, which then led to their proliferation to many different homes all over the globe. This cat is very vocal and it is capable of using its wide range of sounds. They also need a lot of playtime with you.

This is a crossbreed between the Siamese cat and the Burmese cat. The result is a very smart breed that is very receptive to human behaviors. This cat is great because it is social and it does not shy away from meeting new people and animals. They are good-natured and eager to follow their owners around the house. Their sociability also means that they must not be left alone for long periods of time. You can teach a Tonkinese cat how to play fetch or how to take relaxed walks outside while on a leash. They are like the closest cat breed to dogs if you wish to have dogs but your apartment only allows cats as pets.

This breed is also the current record-holder for the most number of cats in a litter ever. One Tonkinese mother was able to give birth to nineteen kittens! That must have been very exhausting for her.

Bengal cats are incredibly smart and they are quite expensive, too. They are receptive to learning new tricks and they have great control and usage of their paws. These cats are so smart that it is borderline mischievous at times. They can learn how to turn off the lights using the switch and just causing a racket in general. Their coat print is distinct because the pattern makes them look like a miniature leopard.