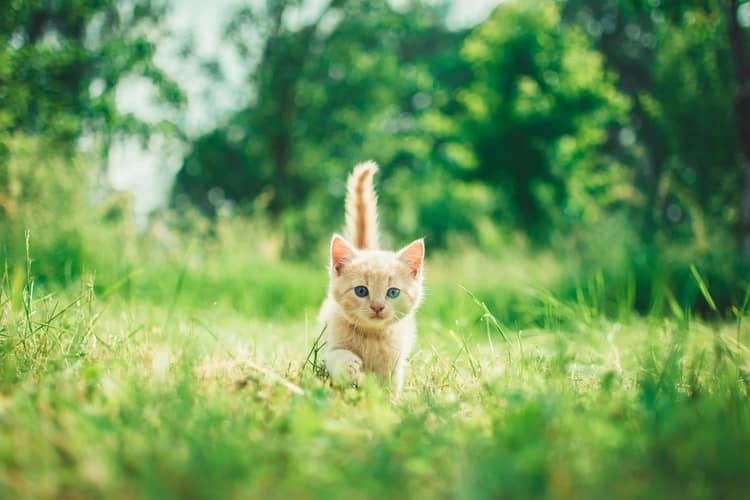 Are you a fan of small cats? Then try out one of these smallest cat breeds in the world as your house pet and life companion. All cats are beautiful in their own way but you cannot deny that the kitten-sized ones are simply adorable. Refer to the list below for some of the smallest cats ever.

This type of cat is said to be one of the smallest in the entire world. The breed is only half the size of the average cat you see. Its petite body is coupled with huge eyes and oversized ears that make for a very adorable cat. This breed is playful and a lover of heights and climbing. One ancestor this cat is closely related to is the Abyssinian cat. The breed is originally found in Japan and later on became Singapore-based.

This is one of the most famous small cats in the world. It is best known for its very short legs. This is actually a new breed that only emerged during the 1980s. Do not let their short legs fool you because they are still playful and active despite their height. Did you know that these short legs are actually genetic mutations? The trait is now an inheritable gene that gave birth to this breed. There are certain health repercussions that munchkins might face seeing that their genetic makeup is far from normal. It is certainly advisable to go for other cats instead of supporting this industry but if you do really want a munchkin, at least clock in the time to research about any health risks or special needs they may have.

This is a unique cat because it is only two-coated instead of the usual three coats. Despite the smaller than average size of the Cornish Rex, it is still a very playful pet. It is actually perfect for individuals with allergic reactions to cats because it is a hypoallergenic version. Its lineage is also closely linked to Siamese cats which explains why they both share the same characteristics. These characteristics include their face shape, ear shape, talkativeness, bond with humans, and level of intelligence. Cornish rex cats are great cats overall.

The cats under this category vary in sizes but most of them lean on the smaller size. Another distinct feature is their curled ears which accounts for their name. their ears curl forward instead of the typical cat ears that jut upwards and outwards. This new type of ears is a result of genetic mutations and crossbreeding. One thing you should keep in mind is that you should constantly clean this cat’s ears as they are incapable because of the curling.