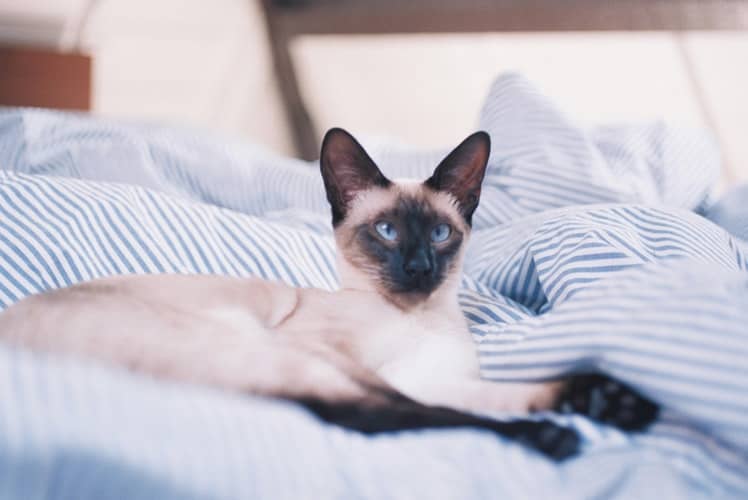 Siamese cats are one of the best breeds of cats there is. Here are some of the most interesting facts about Siamese cats. These pieces of information may come in handy in case you are considering getting this breed as your pet.

It Is An Old Breed

Did you know that this breed of cat came into existence centuries ago? Some historical records show that they have royal descents. This means that they were royally treated and they were even cared for by Buddhist monks. The historical records show that the first sightings of Siamese cats were somewhere between the fourteenth to the eighteenth century. They are marked by dark accents on their faces, tips of ears, and also tails. There is still no specific record as to their original geographic source.

Owned By A US President

It eventually came to the point that this breed of cat was brought into the United States during the nineteenth century. There is still some confusion as to how it exactly entered the country. Some say that it was first brought in by an American naval officer. He picked up two kittens while he was in the Southeast Asian area.

Another theory was that it was a royal gift from the King of Siam. The cat was presented to the very famous opera singled Blanche Arral who then brought the cat into the US. The verified information of its first sighting in the country was when US Consul David Stickles gifted a Siamese cat to the then President Rutherford Hayes’s wife sometime during the 1870s. Unfortunately, the cat died within a year in the White House.

Siamese cats are not as perfect as they are today. Some old cats are reported to have crossed eyes as well as crooked tails on their bodies. Their kinked tails and uneven eyes were deemed as imperfections. That led to breeders eliminating the traits through highly specific breeding. These traits aren’t really completely eliminated as you will still see a couple of Siamese cats today with those distinct markings.

Another old feature that Siamese cats used to have is a rounder face and a stockier body. These traits were eliminated sometime during the twentieth century as the market demanded cats with an exaggerated silhouette with fine and lean bodies. It is very sad that the features of these cats constantly have to change in order to cater to specific human preferences but such is life.

Have you ever wondered about why only specific patches on the cat’s body have dark tips while the rest is white? That pattern is actually because of the coloring enzyme that is sensitive to temperature. The enzyme causes the cat to develop darker colors on the cooler areas of the body in order to make them warmer. That is why you will see a plain white Siamese kitten whose pattern will be developed weeks after birth.