How Do Cats Mark Territory? Some Facts And Tidbits 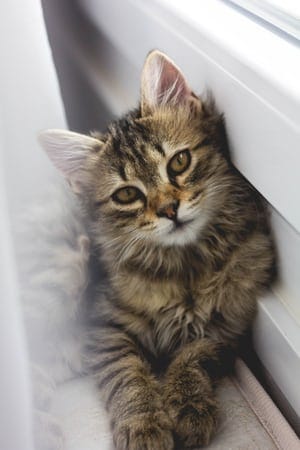 It is no secret that cats are extremely territorial. This article answers the question, “How do cats mark territory?” It is very important to be familiar with this behavioral pattern so that you won’t be alarmed in case your cats are doing something weird.

Why Are They Territorial?

Did you know that cats are more territorial compared to dogs? They are particularly aggressive in terms of protecting their space. This is rooted in primitive behavior when cats used to be wild animals. They allocate specific areas in which they can roam and sleep in peace. This area is also where they hunt for prey or stalk animals for food. They protect their area by scratching, leaving feces, and other behaviors to establish ownership over the specific area. Read on below to find out more about the different territorial behaviors that cats exhibit.

This is probably the most common way through which cats mark their territories. There is a chance that you might confuse marking with their ordinary urine. Marking is usually performed on vertical areas. There might be instances that horizontal areas will be marked, too. The key thing to look at is the amount of urine they leave. Marking only involves small amounts of urine scattered over different areas. Their posture is also weird during this process. They usually back up to the object in question while lifting their tail and treading with their hind legs. If there is a huge pool of urine, that is probably just an ordinary waste elimination session of your cat.

Both males and females can perform spraying. It is particularly rampant among male cats who aren’t neutered yet. You will also notice that the urine they spray on any surface has a very strong and pungent odor. It eventually decreases once you get your cat neutered.

Scratching is another common way for cats to mark certain territories. This is evidenced by obvious scratch marks on certain surfaces in your house. This also serves as a way for them to keep their claws sharp. Their favorite spots to scratch are usually located at the entrance or exit points of your house. Cats also like scratching their preferred sleeping spots or any other area they feel is rightfully theirs.

These behaviors are intrinsically woven into the genetic makeup of these cats. You can lessen their aggression towards other cats by taking the time to orient them with the newcomers in their household. You can improve the positive experiences between two cats who do not get along. If they are irreconcilable, you can just keep them in separate rooms.