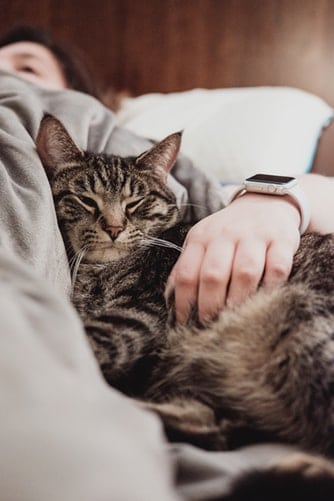 Did you just get a new cat? Then you should watch out for the following common health conditions among cats. These health conditions may arise and become very harmful if not treated immediately. Immediate response is key to preventing a certain illness from exacerbating into something more serious.

We all know that cats love grooming themselves but there is only a recommended frequency that won’t harm them. excessive grooming can harm your pet’s coat and skin. This then increases their risk of attaining an infection from open wounds or scratch marks. It can even result to severe hair loss. This is particularly rampant among Oriental or Siamese cat breeds. It can be due to allergies, fleas, pain, or anxiety disorder. As soon as you notice this in your cat, immediately rush him to the vet.

Did you know that recent statistics indicate that there are a lot of cats who get diabetes in their lifetimes? This is not just because of their glucose intake. It can be primarily due to their bodies’ inability to synthesize insulin or if their insulin sensitivity is low. The side effects of untreated diabetes include severe weight loss, dehydration, depression, and vomiting. Some cases even lead to death. Diabetes is present in about two percent of the cat population. It is signified by extreme thirst or dehydration plus a lot of urination. This can be treated with a shift in diet and some prescribed medication from your cat’s vet.

To know if your cat has diarrhea, the first step is to know what normal poop looks like. healthy poop is deep brown in color with a regular consistency and normal odor. Diarrhea is rampant among cats because there are so many things that can cause it. Some cases only happen quickly while others range for days or weeks. Your cat will require immediate medical attention the moment diarrhea lasts for more than 48 hours. You should also immediately call the vet if you see some weird discharge or some blood in the poop.  Diarrhea can easily lead to dehydration and that is very dangerous. This can be caused by a number of reasons such as a change in diet, bowel disease, parasites, cancer, hyperthyroidism, and many more.

This is a glandular disease in cats, caused by an excess of the thyroid hormone circulating in their body. This disease is signified by severe weight loss as well as an increased appetite. It is also accompanied by increased urination and thirst. Other sides include panting as well as diarrhea. Vomiting is also a side effect among half of those with this disease. This can be treated through the oral consumption of methimazole which effectively eliminates it within two to three weeks.