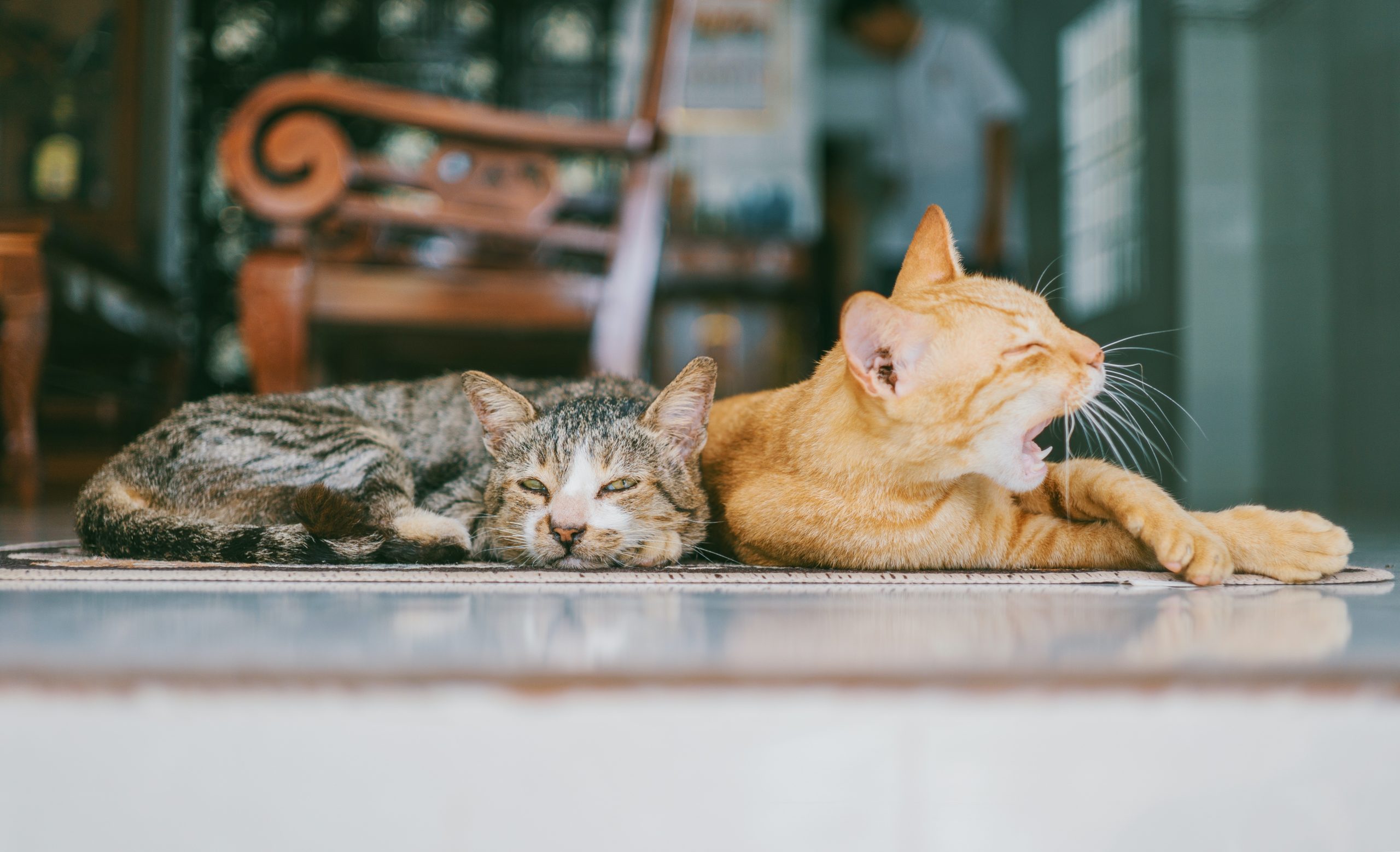 People often worry about having a cold and passing it to their cat, but the good news is that this isn’t possible – the virus that causes the cold in humans is only found in humans and doesn’t transmit to cats. The bad news is that cats can get their own version of a cold, and it is actually a common disease, correctly known as an upper respiratory infection. Let’s discuss the cat’s upper respiratory infection here.

Most cases of upper respiratory infections are caused by one of two infections, either feline calicivirus (FCV) or feline herpesvirus (FHV). Symptoms of these infections include sneezing, a runny nose, conjunctivitis, leaking from the eyes, a loss of appetite, and fever. Other physical symptoms include mouth ulcers, coughing, excessive drooling, and ulcers in the eye as well as these two infections, other common causes of upper respiratory infections including Bordetella bronchiseptica, which causes sneezing, a runny nose, and coughing, and chlamydophila felis, which is the main cause of ocular disease or conjunctivitis.

These infections are most common in kittens and in old cats, and those who have illnesses that suppress their natural immune system. These latter categories are the most likely to die from the infection because they are more vulnerable.

Other risk factors for contracting one of these illnesses include cats that are kept in large groups such as in catteries, rescue centers, or in feral populations where the virus can easily spread. In addition, cats that have had no vaccinations and kittens that have not yet reached the time to be vaccinated may be at risk.

Symptoms can develop as quickly as two to ten days after exposure, and these are the typical symptoms mentioned above. In addition to these may be lethargy, a lack of appetite, and a fever. Some of the symptoms may be very mild, pass quickly, while others may be severe and last longer. There are minor differences in symptoms between the two main infections, with FHV causing more severe symptoms connected with the eye as well as sometimes causing severe swelling to the throat. FCV causes less severe eye symptoms but can cause ulcers on the tongue and is often a type of transient arthritis in kittens.

A vet must make diagnoses and usually starts with the symptoms present. Often testing is needed to confirm the illness, and samples may need to be sent to a lab to confirm. Treatment is based on what these tests reveal and is largely focused on the symptoms that have shown themselves. Antibiotics are often administered as secondary infections are common and can be worse due to the impact on the immune system in the first place. Steam inhalation or a nebulizer may be used to relieve sneezing.

When a cat’s sense of smell is impacted, its urge to eat is also reduced, so using highly aromatic foods can be a good way to get them to eat. As a worst-case scenario, hospitalization and tube feeding may be needed, but these are the extremes.

Cats can recover from these infections but will remain carriers for the rest of their lives. They may show no symptoms in these cases, but their saliva, tears, and nasal discharges can pass the infection to other cats. Again, this happens in varying degrees depending on the cat.

What You Should Know About A Ragdoll Cat Breed

Choosing from the Basic to the Hybrid

Is Catnip Healthy For Cats?