3 Signs Of Boredom In Cats Behaviour 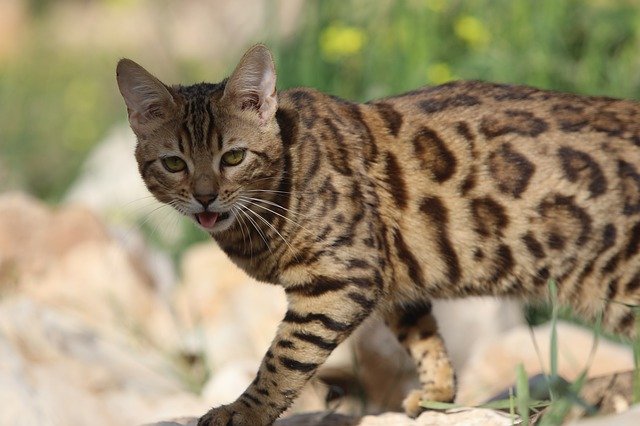 Boredom is a common problem that is not only experienced by humans but cats as well. Since cats are lazy most of the time, it is very difficult to identify if a cat is having a boredom issue or not. If you are someone whose cat is showing unusually aggressive or inactive behavior these days then you should pay attention to your cat. Boredom can cause many other problems too so it’s best to get medical attention sooner. Here are the 3 considerably common signs that you need to notice in your cat.

Your Cat Is Overeating

Humans like to eat more and more when they are sad, depressed, or at unease. In the same manner, cats do the same. Cats eat more than they need to and end up putting on weight. Such cats are generally overweight or fat. Overeating also makes a cat lazier or inactive. Being overweight is unhealthy. An unhealthy body always invites diseases and multiple health issues. If your cat is eating too much or doing nothing other than eating then it might be a possible sign of boredom.

A redundant or repetitive attitude is seen in cats when they are bored. These are habits that cats repeat constantly. For example, your cat is licking himself, again and again, meowing repeatedly, or pulling out fur again and again. Just notice and compare it with his or her past behavior. This repetitive behavior can also lead to irritation or even infection. This kind of attitude is an indication that your cat is lonely as well as frustrated. The current frustration might turn into anxiety so visiting a vet is always right in such a scenario.

Aggressive Towards Other Animals

Frustration makes cats aggressive and aggression can be towards anyone. It can be other animals like dogs, birds, rabbits, and even cats. A cat might be hostile towards humans as well. These sorts of cats also damage items such as sofas, blankets, curtains, and other household items in their frustration. In case your cat is becoming more and more aggressive then it’s not a good sign.

Cats are just like human beings. They also get bored which causes frustration for the cat. A frustrated cat is considered unhealthy and that’s why you should consult a veterinarian. Generally in boredom cats feel lonely, become inactive and boredom takes an even worse form of anxiety. But with the above-mentioned signs, you can identify if your cat is bored or not and solve this issue. If your cat is overeating then it might be a sign. Your cat could be showing redundant behavior or overgrooming. In another case, cats turn aggressive towards other animals.